In my dream I was standing with my wife Lilly on a hill, overlooking farmland near our home in Georgia.  In noticed a very large and violent vehicle entering the farmland, and as this vehicle slowly traveled, it tore down trees, ripped up the fertile earth, and generally caused great destruction.  I told Lilly that we should go home immediately to avoid the path of this vehicle/machine.

Adi with Avatar Meher Baba during the New Life

Just then, a man approached us from the opposite direction. I said to Lilly, “Look, it is Adi.”  (Adi K. Irani).  Adi motioned for me to follow him immediately.  Lilly urged me to follow him, and I left her on the hill.  Adi and I rushed away from the vehicle and Adi lead me to the entrance of a small building, which served as his office.  He immediately entered the building while outside the entrance my friend Twig* was pacing, nervously.  He urged me to tell Adi about spiritual work we were doing at that time.  I immediately entered Adi’s office alone.

Adi was sitting at a desk, and next to his chair was an empty chair in which he told me to sit.  He was very serious and intense.  Then he did not look at me, but we both faced the same direction.  Adi suddenly started chanting (or singing), to Meher Baba, very loudly, gesturing toward me as he chanted.  As he chanted, I started to feel something drain my energy.  The more he chanted, the more my body drained of all energy.  I became increasingly helpless to move from my chair, and my arms and legs lost all strength.  Eventually, I entirely lost control of my body, my arms, legs, head, and even my mouth hung, open, drooling.  I managed to mutter to Adi, “Help me…  Please help me.” but he did not.

Somehow, I managed to rise to a standing position, however, I was all bent and twisted and had to drag one foot behind me, along the ground, as I moved. My limbs hung lifeless from my body, and my neck and head were hanging to one side.  Just then a man approached me, saying he would help me, and it was Bhau.

He produced some little pills (like homeopathy) which he had to put in my mouth himself.  As the pills took effect, I first regained energy and strength in my body.  After being fully restored, I then became super-charged with energy.  I was now stronger than ever before.  Upon seeing this, Bhau said to me, “Now we must always be in touch with each other.  You must call me on the telephone. If I am not there, tell my secretary, and give her the phone number where you are, so that I can immediately call you back.  We must keep in touch.”

The scene changed, and I was in New York City, on 5th Avenue. There was a huge parade in progress. I was on the West side of 5th Avenue. There were police barricades on both sides of the avenue, so that parade could proceed undisturbed by the citizens. Just then I realized – I have to call Bhau on the telephone now! I looked around, but the closest telephone was on the East side of 5th Avenue, so I would have to cross over to the other side, and go through the police barricades. I did. Upon reaching the phone, I called Bhau, but he was not there. I spoke to his secretary who said, “Give me your phone number, so that Bhau can call you right back as soon as he arrives.” So I gave the number of the pay-phone, and then hung up, waiting for Bhau to call me back.

Just then someone else picked up the same phone to make a call. I became frustrated with all the noise of the parade. There were also television cameras and local politicians that were present. So I decided to walk away from the parade area to find another phone to call Bhau again. As I walked away, a man 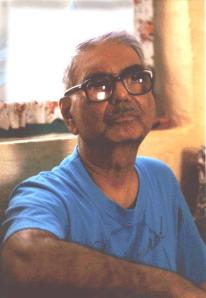 approached me, and it was Eruch. I told him I could not stop to speak with him because I had to phone Bhau. Eruch walked right up to me, grabbed my shoulders, and kissed me on the lips. As he kissed me, he exhaled his breath powerfully into my lungs. Eruch’s breath was like fire, burning hot, and it singed and scorched me from within! I felt something of his essence. I woke up moaning in my bed at home in Georgia, holding my chest as I experienced this burning sensation from within.